An #indieweb/@WithKnown question: how to reply "thanks" to @KevinMarks as a comment w/o having it show up in my stream?

@kegill's social network reading list for the weekend (via #ello)

-- The Guardian and Sydney Morning Herald on Ello,

-- Ello, Known, #IndieWeb and life after peak Facebook (via @jdp23)

-- How to block followers on ello from @kirsten

-- @Quinn writes about blackness and whiteness on medium -- and the NYT examines Edward Baptist's new book, a look at money and slavery.

-- on a related subject, The Warmth of Other Suns

And I'm experimenting with Known for publishing.

People are intrigued when they hear that I’m working on some new social network software, but they’re also skeptical.  Facebook seems so dominant, is there room for anything else?

When they describe their personal Facebook experience, though, most folks don’t seem to be enjoying it all that much.  Ads, feeling like a lab rat being experimented on, ads, trying to get privacy settings right, ads, friends whose accounts got suspended and had to send in a copy of their drivers license to get it back, ads  …

And for a lot of people, scrolling through their feed on Facebook feels kind of like watching a mediocre TV show: mildly engaging in a mind-numbing way, but basically like a waste of time.  By the time we’re done talking, a surprising number of people agree with me that yes, there may well be room for something besides Facebook. 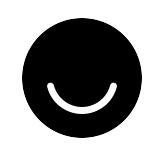 The artists, designers, and developers who created Ello presumably had some similar conversations with their friends, and came to the same conclusion: a lot of people are ready for something different.   And talk about good timing!  Not long after Ello launched their invitation-only beta test, Facebook reignited the nymwars by suspending drag queens’ accounts.  A surge of interest in the LGBTQ community lead to broader visibility and reams of press coverage.

Turns out that Ello’s promise of a “simple, beautiful, ad-free” social network that’s a tool of empowerment, and the manifesto's rousing conclusion "you are not a product" resonate with a heck of a lot of people.   The "hockey stick" graph on the right gives an idea of how quickly their search results spiked on Google.  By late last week they were getting 30,000 requests for invitations and a wave of largely-positive publicity ... every startup's dream "viral launch".

Ello's functionality is still very basic: feeds, following, mentioning people by name, email notifications.  You can certainly have good conversations with interesting people there -- @lynneluvah says it reminded her of Vox and/or Live Journal (as @smorespaces points out with an updated feed-style interface).    It's got emoji :)

Visually it's very distinctive, with monospaced fonts and the juxtaposition of circular avatars and square input boxes.   It's certainly not Facebook.

It’s early days yet for Ello.  As Amie Stepanovich and others have pointed out, we've yet to see how real their privacy claims are; and more generally, who knows how far they can take this early success.  No matter how it comes out, kudos to them for getting this far!  They've got a lot of opportunities, as well as some challenges; and there's a lot to learn here.  More about that in a future post.

Known’s open-source, so others can build on it -- and contribute back to the community, as Marcus Povey has with the LinkedIn integration and routing over Tor.  It's self-hostable: you can run it on your own domain if you want to, or you can use their easy-to-setup hosted site).  And like Ello, it's a collaboration between a designer (Erin Jo Richey) and a developer (Ben Werdmuller, co-founder of elgg).

I’m pretty excited about Known, and in fact I’ve switched over to it for TapestryMaker’s blogging. And more generally, I’m excited about the broader Indieweb movement that Known’s aligned with.*  Indieweb’s all about being decentralized: instead of having a single site control everything, there are lots of sites interacting with each other (which means that Known can interoperate with other Indieweb-compatible sites).  I went to Indiewebcamp in June, and was blown away by how much energy there is … literally dozens of developers working on various projects.  And as new social networks like Ello come along, no problem: they can be integrated with Indieweb sites just like Facebook and all the others. Of course, there are still some pieces missing. Ello launched without the ability to block annoying users.  Known is working on granular privacy controls (if you're self-hosting, you can enable them now by turning on "experimental mode").   And beyond that, sharing and following people’s streams is only a piece of what people want in an online home -- the TapestryMaker prototype also has group discussions, private messages, group chat, streaming audio (DJ Anomaly did a special set for our party in August!), and a heavily-customizable user interface.

Still, the excitement Ello and Known are sparking is pretty dramatic validation of just how tired  people are of Facebook treating them as products to be experimented on, packaged, and exploited.  Facebook's been lucky so far: Diaspora had software engineering challenges and then a tragic suicide, Google+ shot themselves in the foot with the original nymwars, and acquiring Instagram and WhatsApp staved off a couple more threats.   Now, they've apologized to the drag queens and the broader LGBT community **; if they listen to suggestions from people like Nadia Kayyali of EFF, they may dodge another bullet.

But with the underlying mistrust and dissatisfaction continuing to increase (and the continual need to stuff more and more ads down people's throats to make their numbers) they're increasingly vulnerable.  And there are starting to be some pretty interesting alternatives.

* Amber Case’s Intro to the Indieweb presentation and Dan Gillmor’s Why the Indieweb movement is so important are good overviews of the Indieweb’s philosophy and progress so far.