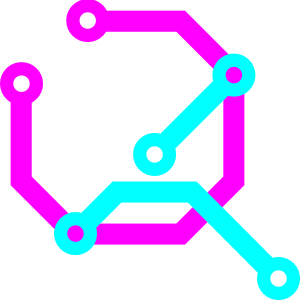 Yeah really.  Lynn Cyrin of queer trans collective CollectQT was already tweeting about the idea of a social network in early September, but Quirell really caught fire later that month when Facebook's real names policy led to drag queens' accounts getting suspended and kicking off "Nymwars 2.0" .   Since then, Quirell has gotten off to a great start, initially with public discussions on Gitlab, then working code, and now a crowdfunding project on Indiegogo.

The discussions on Gitlab are really excellent, covering a wide range of functionality and innovative ideas as well as all the key properties of diversity-friendly social networks that Deborah Pierce and I discussed in our Open Source Bridge presentation earlier this year* as well as things we overlooked like governance.  And the screenshots of the early development are exciting too. This kind of inclusive approach is hugely attractive to people who identify as queer, trans, gender-variant, asexual, and/or multiple.  If it doesn't resonate with you, imagine that in most online environments you're constantly being told that you don't fit, you're not "normal", and nobody cares about your perspective.  How excited would you be when a project like Quirell starts up?

And these aren't the only groups who will be attracted to a social network with Quirell's attitude and functionality -- see for example the Geek Feminism threads on feminist and womanist social network requirements [1, 2].  Since it's open-source, different groups can host their own sites as well.  Depending on how the project evolves, it could lead to a bunch of social networks all based on Quirell's code.

Of course, it's early days yet.  Right now, Quirell's facing the challenges every social network startup faces.  Building secure software is tough; so is building usable software.  Then there are the business aspects:   If they can bring in enough money to start paying people, they make much faster progress.

Which is where the crowdfunding comes in.  The classic startup approach to this situation is to bring in seed funding and then do a venture round -- like Ello, which raised $450,000 early this year to get to beta and now another $5,500,000 after similarly catalyzed by Nymwars2.0.  But, that approach has downsides as well.  For one thing, investors typically want to see a substantial return on their money, which typically comes form an "exit" (aka an acquisition).  And diversity-focused startups have additional challenges: most VCs are straight cis white guys, who typically have a hard time understanding the priorities for a project like Quirell.

Fortunately, crowdfunding now provides another option -- as Diaspora dramatically showed back in 2010, when they set out to raise $10,000 for an open-source social network using Kickstarter campaign and wound up pulling in $400,000.  Quirell's initial goal is $100,000 but .

It'll be interesting to see how much coverage this gets from the technology press.**  Facebook's battle with the drag queens got a lot of attention, and so did Ello.  With luck, this will be a natural follow-on story.  We shall see.

As you can probably tell, I'm pretty darned enthusiastic about Quirell.  Chatting with Lynn a few days ago was like a mind-meld ... after about 20 minutes I said "I vehemently agree with everything you've said so far!"  So expect to hear more about it here as the project continues.

And, if you're enthusiastic as well, please join me in contributing to Quirell's crowdfunding campaign -- and in helping to get the word out!

** Sandstorm.io's recent successful crowdfunding, with the aid of articles in GigaOM, TechCrunch, WIRED, LWN, and Opensource.com, is a great example of how much this kind of visibility can help